What makes us special?

We are an international team with different personalities, approaches and backgrounds. Our consultants currently live in Germany, UK and Switzerland. We work together both virtually and physically.

The basis of our cooperation is enthusiasm for our topics, openness to new and different things, communication and mutual trust.

In addition, we also actively participate in various networks that enrich us with ideas, stimulate us and support us in projects.

As a team, we are in lively exchange on all current topics and develop them further together. We are constantly learning, developing new topics, giving each other feedback and sharing our knowledge with each other.

We are practitioners and implementers who can effectively support YOU with our many years of experience. Our senior consultants have many years of operational and strategic management experience from their time before Metakomm. Therefore, we know the topics that we work on with you from our own practical experience and not just from theory.

We incorporate modern methods to find new ways, as well as our knowledge of what type of solutions are possible in organizations. We don’t stop at suggestions and concepts. We help you with the implementation. In our experience the bigger challenges are often not in the conceptual design but in the implementation. 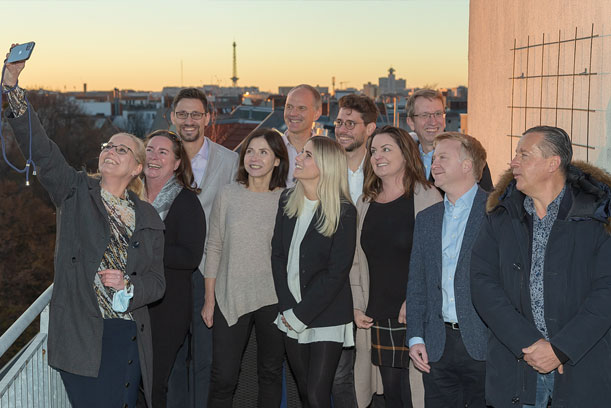 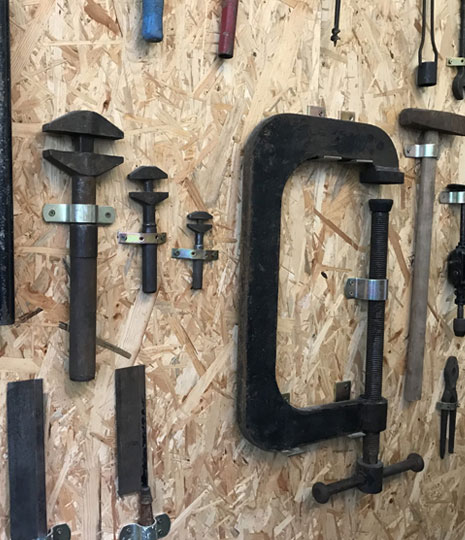 Our ways of working

In our work with people, teams and organisations, we take a holistic approach. We do not believe in “blueprints”, prefabricated products and solutions or “best practices” that we want to develop once and then apply in every client situation.

We engage in dialogue, we listen, we observe and we draw conclusions which we transparently share with our clients.

In addition to situation awareness, impetus, process design and solution development, the dialogue with you, the support during implementation and the successful integration into your company are particularly important to us.

We are experts in our fields but we also have had plenty of practical experience from our operational work that we can quickly adapt to your corporate culture, structures and language to work together very successfully.

We can work completely virtually with our clients, but also join our clients in person at their premises for meetings and workshops. We use a wide range of different tools, methods and concepts, depending on needs and topics.

We mostly work in English, German and French and can draw on other languages such as Spanisch, Italian and Dutch when needed or beneficial.

We are happy to accompany your company in change processes in order to shape the future successfully.

We respect your objectives and wishes. We want to understand your mindset and culture in order to find suitable ideas and individual solutions for you. We see ourselves as partners at eye level and neither as ‘external experts who know everything’ nor as ‘obedient servants’. Our most important tool is an open dialogue.

We adapt our offer, the size and composition of our teams quickly and flexibly to your needs.

We actively engage with new ideas and topics. We discuss them and try new things. Our international team is made up of very different cultures, backgrounds and experiences. These enrich our cooperation.

We love new topics and challenges and like to put ideas into practice. We do not go into our processes with ready-made concepts and always have the possibility of an alternative option or way of doing things in mind.

We like to develop new formats of cooperation and also take unusual paths. We are brave to experiment and deal with our mistakes constructively.

Our focus is always on the further development of our customers, the company, the teams, individuals, topics and projects.

As a team, we also want to constantly develop, just as each of us sees great significance in our personal development. We learn from each other, give each other a lot of feedback to grow further.

As Metakomm, we want to constantly improve and keep developing with the changing world, customer requests and challenges.

We take full responsibility for our actions. We stand 100% behind measures that we implement with our customers and recommend nothing that we are not absolutely convinced of.

Confidentiality is an important foundation of our work.

We discuss our approaches, ideas and solutions with each other and with the customers and implement the things that make the most sense.

We often work alone or in small teams with the customers. Self-responsibility is an important prerequisite. The free choice of work location and handling of working hours is a matter of course for us. We regularly question ourselves and our work and check it for meaningfulness. In our projects we use our consultants according to their strengths and needs.

For our environment and our surroundings:

As an organisation, we see ourselves as part of society and contribute to improving living and working conditions with our work.

We are careful with the resources of our environment. We conduct meetings and workshops virtually whenever possible to avoid unnecessary travel. When we travel, we use the train whenever possible and not the plane. Our communication is almost exclusively paperless.

We are aware of our social responsibility in society and support various charitable projects. 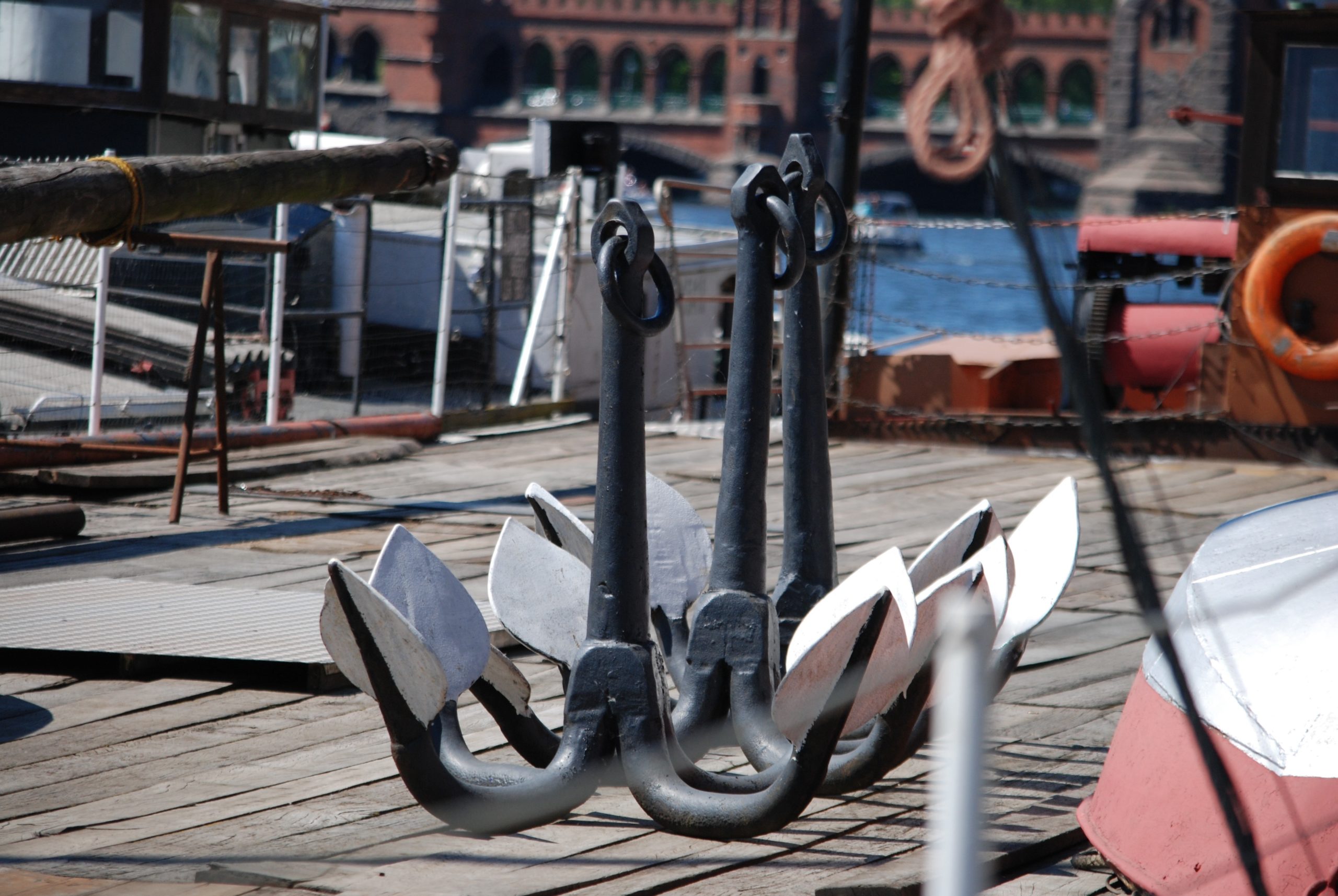 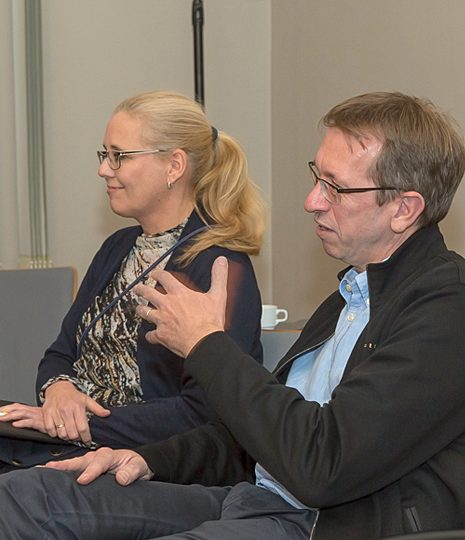 Even though the Metakomm partnership company was founded in its current form in 2016, the history of Metakomm began in 1998.

For family reasons, Liliane Grandpierre decided to go into business for herself immediately after her studies, a rather unusual step for a university graduate in her early days. The “business” needed a name of its own. The name “Metakomm” was quickly created. For Liliane it was obvious, she didn’t have to think twice. All orders are about communication and that is still a common thread today. In training, consultation, team development and coaching, we deal with how, what and why we do things and how we communicate them at the meta level.

Metakomm is also the more tangible short form of metacommunication. And even today, the name is still very applicable for what we do.

It is with amusement that we note that Meta now also seems to be an attractive name for the ‘blue market giant’ (the holding company for Facebook and Instagram).

It all started at the end of the 1990s with training and consulting assignments, gathering a lot of experience with customers from different industries all over Germany. As the business grew co-operations with colleagues were established and thus the range of topics became wider. A number of further training courses, specialisations and certifications were added. The temporary life in France for five years and England for almost five years brought Metakomm into international contacts and assignments, and also expanded the network of colleagues internationally.

In 2016 the time had come and it made sense to put Metakomm on a broader and more solid legal footing. The Metakomm PartG was founded. After 20 years of a successful corporate career at IBM and Barclays, Christoph Grandpierre decided to further develop his entrepreneurial genes and concentrate on expanding the Metakomm consulting business. Ever since there are two business areas, the training and coaching business, led by Liliane and the consulting business, led by Christoph.

The Metakomm partnership company has its headquarters in Grünheide near Berlin. And just like the name, shortly after we chose Grünheide, another American tech giant followed us. In 2019 Tesla decided to build the Tesla Gigafactory IV around the corner from us in Grünheide. If those aren’t good omens.

In recent years, our business and our team have continued to grow. We have expanded our range, positioned ourselves more clearly and are happy to work with diverse internationally positioned European customers from different industries and countries. What all of our customers and we as Metakomm have in common is the willingness to shape and lead change.

Metakomm is now a team of currently 13 consultants, trainers and coaches, permanent and freelance staff in Germany, the UK and Switzerland, as well as a large number of cooperations.

We continue to grow in terms of topics, internationality, diversity and in the portfolio of our offerings. Working with our customers, our team and co-operation partners is great fun for us and we are excited to see how our Metakomm story continues.

We are looking forward to your message

Are you interested in our services, do you have any questions or would you like more information about our services? Write to us or we will be happy to call you back!