People who work together have often different views, behaviors and attitudes. When they get together and things get communicated the wrong way coupled with emotions conflicts can occur or intensify. This happens regularly and sometimes can’t get avoided because we are all different.

Conflicts are reducing the performance, are cumbersome and take away or channel the wrong way our energy.

We are supporting you in professional way solving conflicts, identifying solutions for a productive way to deal with conflicts and preventing the establishment of conflicts. 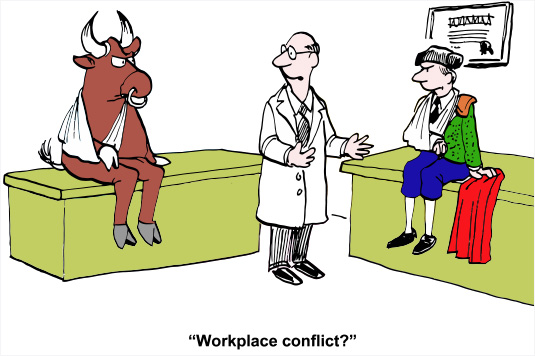 Activities to increase the awareness of conflicts and strengthening the feedback culture in your company.

Examples of trainings and workshops

In the middle of a conflict

We are helping people to deal with conflicts in a constructive and cooperative manner.

Some of the options are 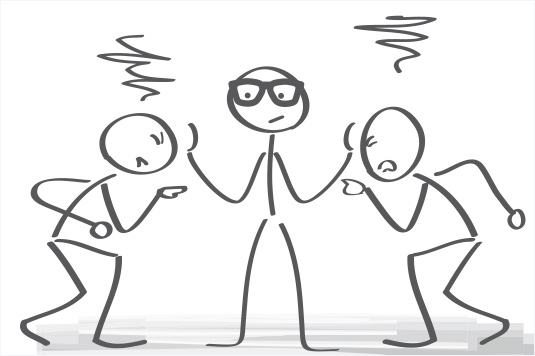 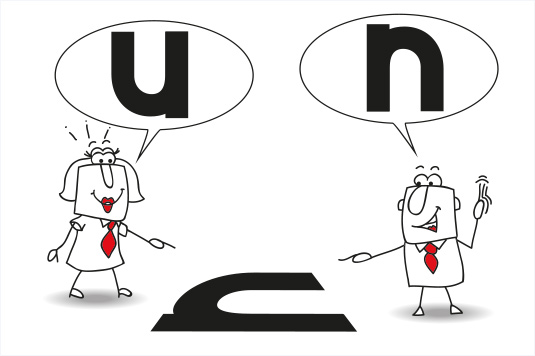 We are working with you in developing means to deal with future conflicts in a productive way.

The situation: The manager of a mid size company is experiencing that the team is performing far below expectation. One team of 10 employees which is being led by a young team leader is not working properly together. They don’t support each other, there is jealousy and negativity amongst many of them. One colleague which was off sick for quite a long time is not being integrated back into the team. Behind her back the others wish that she would be staying away.

First activity: The manager initiates an initial discussion the team and the coach. The different views, background and objectives are discussed and the contract with the coach defined.

Second activity: coaching of the team leader to prepare him for the next steps, helping him in understanding his role and strengthening his capability and confidence to deal with the situation

Third activity: running a workshop with the team and the team leader using conflict mediation techniques. The honest views and emotions of the team are being appropriately discussed, in particular the hesitation and fear which is related to the colleague coming back from sick leave. As a result many misunderstandings are being solved, different communication styles and needs of the team members are becoming visible and clear. Specific activities in regards to working together are formulated and agreed upon, roles of the different members of the team clarified. To prevent future conflicts the team is asking for a workshop on feedback.

Fourth activity: The feedback workshop is conducted with the team and the team leader. They learn how to provide constructive feedback to each other and how to accept feedback. This strengthens the understanding of one another, the own strengths and weaknesses and improves the relationship amongst the members of the team.

Fifth activity: Coaching for the team leader to improve the understanding of conflicts in teams, how to handle new tasks and strengthening her managerial abilities.

Results following the interventions: The climate in the team became more open, the communication is more direct, feedback is being provided more instantly and can be accepted in a rational fashion. The cooperation has improved significantly and the performance of the team as whole is back on track. The employee who came back from sickness is properly integrated into the team.